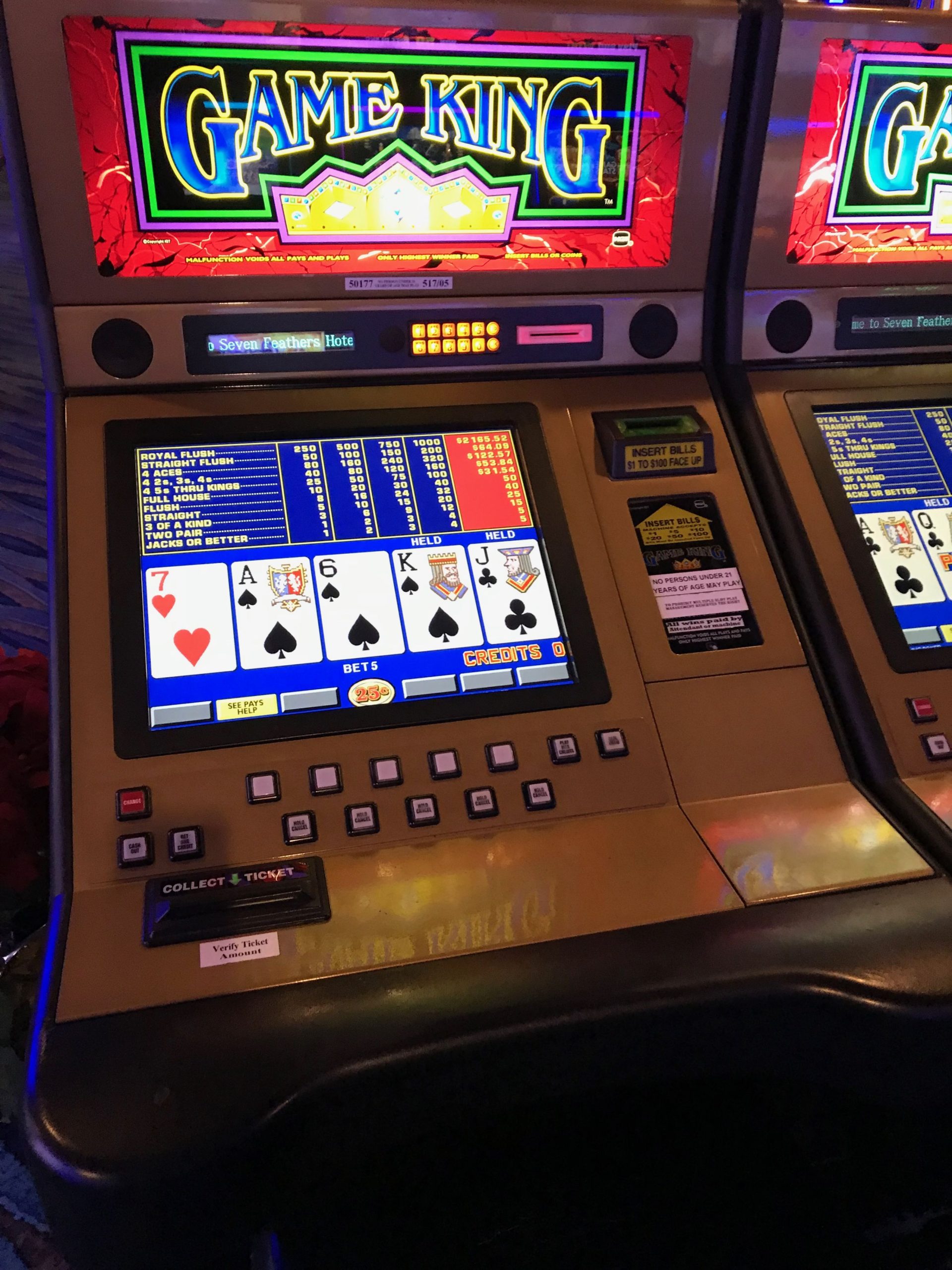 Video poker is a high-tech variant of the popular card game, only this time the player plays against a computer instead of against human players. The machine uses the five card draw poker variant.

Although the earliest video poker machines first appeared in the early 1970s, the game did not start to take off until the Draw Poker machines were introduced by SIRCOMA in 1979. Before long, many players began preferring to play with video poker machines rather than at poker tables and the machines soon began to rival the popularity of slot machines in casinos.

The game begins when a player inserts tokens or coins into the machine to place a bet. The machine then issues the player five cards. You can keep these cards or you can discard any number of your cards and draw new ones. After the draw, the machine evaluates your hand and delivers a pay-off based on a posted schedule.

There are many variations of the basic game available, such as Aces and Faces in which you get high payouts if you have a combination with four aces or four face cards; Deuces Wild, in which the two acts as a wild card (a card that can substitute for any other card in the deck) and high payoffs are made on hands with four deuces or a natural royal flush; Double Joker, in which the two joker cards are used in forming combinations; and Double Double Bonus Poker in which a player has five additional hands, with the best payoffs being for hands with four aces combined with a two, three or four.

Video poker, like real-life poker, has an element of skill, as well as luck, that you can use to turn the game to your advantage. Here are a few tips. If you have face cards, hold on to them. If you have three of a kind, discard the other two cards since you may be able to get four of a kind. If you have two pair, discard the fifth card for a chance at a full house. And, if you have two suited high cards, discard the rest of your hand.